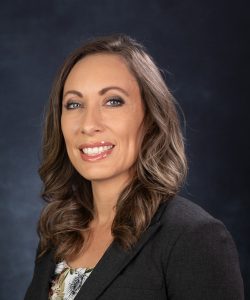 United Way of East TN Highlands announced today that its board of directors has appointed Leslie Salling as President and Chief Executive Officer. Salling most recently served as Interim Director after former President and CEO, Kristan Spear, accepted a new position with New Peoples Bank. Salling has been with United Way of East TN Highlands since 2019 as the Director of Resource Development.

With a master’s degree in Public Administration specializing in Nonprofit Management, Salling has spent over 10 years working in the nonprofit sector in Northeast TN. Salling’s previous job experience includes the Director of Development at the ETSU Foundation and Executive Director at CASA of Northeast TN (previously known as Leslie Dalton). Salling also holds several certificates in fundraising from the Indiana Lilly School of Philanthropy.

Growing up in the military, Salling learned the power of community from a young age. Moving to different states and countries taught her how to make her community home and that’s just what she has done in Northeast TN. She has lived in the area over 10 years with her husband and children.

“I’m humbled and honored to take this leadership position in our community. I’m grateful to be part of an organization that has strong leadership in its board of directors, staff that have a passion for their work, and a community that believes in our mission. At United Way, we are able to help respond, recover, reimagine and rebuild a community that helps every citizen not only survive, but thrive. Our community needs us now more than ever,” states Salling.

Salling has received several honors throughout her career including the Johnson City/Washington County Chamber of Commerce Faith in the Future Award, Northeast TN Council on Children and Youth Child Advocacy Award, and the TN Court Appointed Special Advocates Leadership Award for her service at CASA of Northeast TN. Salling currently serves as the co-chair for the Johnson City/Washington County Chamber’s leadership program.

Board Chair, Donna Depew states, “I am pleased that the board voted unanimously to appoint Leslie as our President and CEO.  She has a very practical ability to get things done and a fair and thoughtful approach to management.  Leslie’s non-profit experience and time with this agency has led to her expertise on issues relevant to the United Way.  She will be a great spokesperson for the United Way because she has a strong sense of the many needs in our community and a heart to work alongside others to solve problems.  I look forward to working alongside Leslie and the staff as we continue to provide for the health, education and financial stability of those in our community.”

Salling will head up several projects already underway. United Way of East TN Highlands is currently in its 2020 Annual Campaign with a goal of raising $1.5 million. Most of these funds will go right back out to local nonprofit programs who focus on breaking the cycle of poverty by strengthening the health, education, and financial stability of our residents. Many of the local nonprofits have experienced an increase in services from the COVID-19 pandemic. United Way of East TN Highlands has already distributed over $250,000 in the region to help local nonprofits continue to operate.

The Financial Empowerment Center is now operational with its main location being in Carter County. This United Way program came after the release of the first ever ALICE report for the State of TN. ALICE is an acronym that stands for Asset Limited Income Constrained Employed, or what was formerly referred to as the working poor. This center will help the ALICE population gain financial stability through financial coaching and help with immediate needs. This center is a new program and will be the only one of its kind in our region. Community members who are working, but living paycheck to paycheck with the threat of falling into poverty, will have the opportunity to work with a financial coach to reduce debt, increase their credit score, receive guidance on increasing their wages, and start saving for future stability.