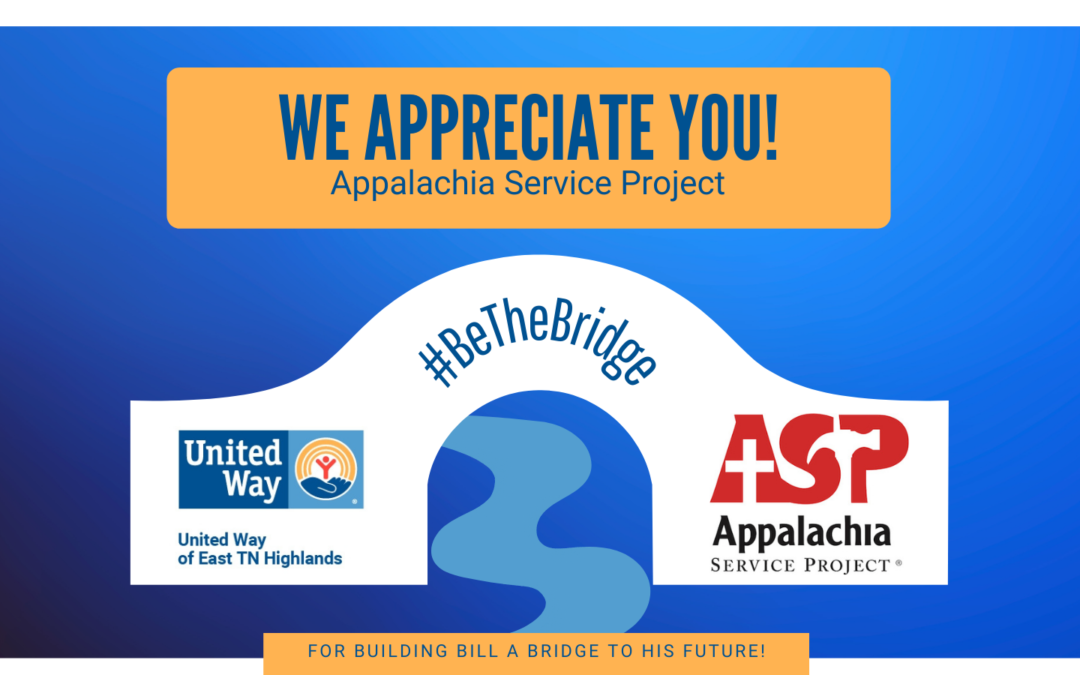 Mr. Bill spent nearly 15 years in the United States Navy. In 1999, his time in the military came to an end, but a new struggle began.

Over the next 20 years, Bill spent four different periods of time as a homeless individual. Unfortunately, this is more common than you may think. Adjusting from the military lifestyle to civilian life can be very difficult for many of our veterans.

Appalachian Service Project is built to help veterans like Bill. The goal here was to keep Bill from slipping back into homelessness, and they did just that.

The team at Appalachian Service Project worked hard to rebuild a broken down home just for Bill. This house was not rebuilt just to rent back out to him, though. This home was a gift to Bill, making him a homeowner for the very first time.

“With homeownership, there’s responsibility…which I gladly accept! I never thought I’d own a house…This has been life changing,” said Bill as he sat on the couch in his new home.

While many may take homeownership for granted, this Navy veteran never thought it was an option for himself. Bill is now freed up from the struggle to not make rent payments. He’s been able to readjust his personal finances to live consistently with a roof over his head and food on the table, a status that many homeless never reach again.

Bill’s original situation is not unique, but the service and dedication of our agencies like Appalachian Service Project have given him a unique opportunity; the chance to be financially stable.

About United Way of East TN Highlands
Serving Washington, Carter, Johnson and Southern Sullivan Counties, our goal is to break the cycle of poverty by uniting people and resources to strengthen the health, education and financial stability of every person in our community. Our vision is to be a community united to empower every person and organization to reach their full potential and achieve mor. For more information about United Way of East TN Highlands, please visit www.UnitedWayETNH.org.